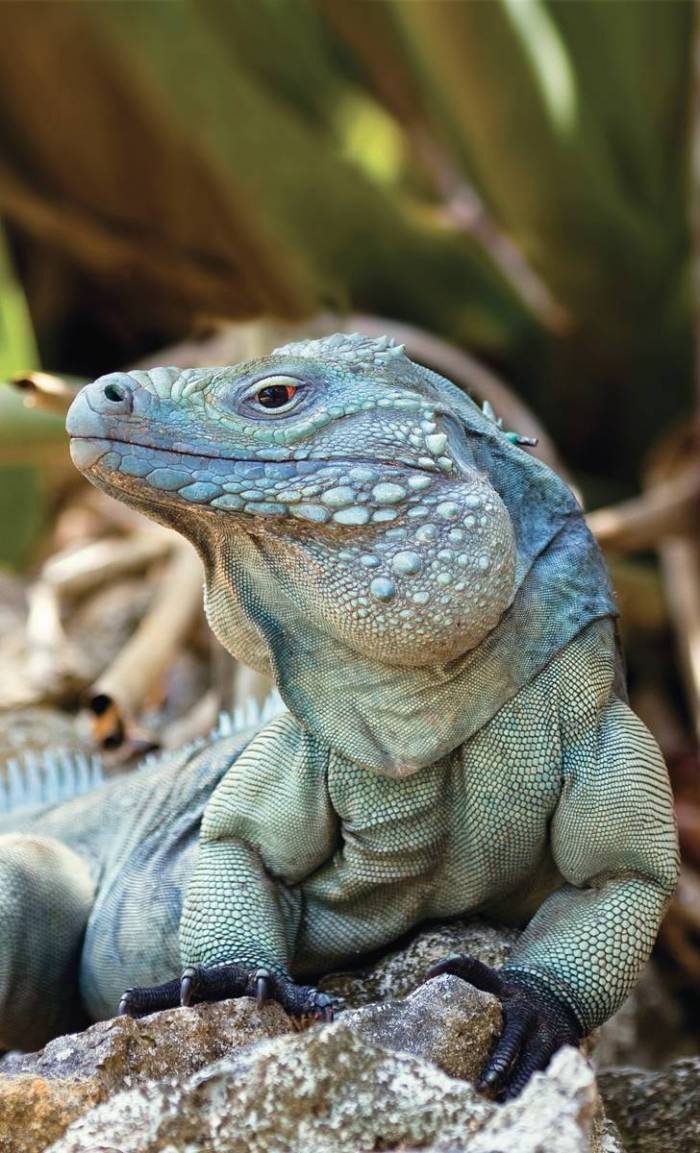 Yellow-Blue, the blue iguana mauled by wild dogs in June at the Queen Elizabeth II Botanic Park, has made a full recovery.

The iguana, which was pregnant at the time of the event, was attacked along with two other blue iguanas “Slugger and Sapphire” that both died shortly after.

Yellow-Blue lost her back right foot and tail in the vicious attack. Just days after the event, she laid her eggs, which are due to hatch shortly.

“She has made a miraculous recovery,” Fred Burton, director of the Blue Iguana Recovery Programme, said.

“We took the difficult decision not to treat her after the attack because she was due to nest. She had a raw stump on her foot and tail, but they have healed cleanly with no signs of infection.

“She is in great shape and looking ridiculously fit. She is walking on her stump and her tail is showing signs of re-growth. It’s amazing. She is fat, blue and looking very pleased with herself. She’s a wonderful survivor.”

Mr. Burton said they are closely monitoring Yellow-Blue’s nest of about eight eggs.

“We are listening to the eggs with a stethoscope. We will hopefully hear some scratching when the nests are ready to hatch.”

Yellow-Blue’s nest of eggs is one of 11, which have been identified; eight are at the Botanic Park and three are in the Salina Reserve. Unlike previous years where they have been incubated, Mr. Burton said all the eggs will be left in the wild to hatch naturally.

He said the situation with the dogs, thought to have been abandoned pets turned wild, had been brought under control, however a similar event could happen again.

“Only time will tell,” he said.

“We hope people can be more responsible with their pets,” Mr. Burton said.

A fourth iguana, thought to have also fallen foul to the dogs, remains missing.

An ongoing problem at the park is the green non-native iguanas, which are particularly worrisome.

“We don’t know whether people are bringing the green iguanas into the park or they are breeding of their own accord. We are trying to catch them as we don’t know how they will interact with the blue iguanas,” Mr. Burton said.

The attacked iguanas are part of the Blue Iguana Recovery Programme, which aims to help bring the Blues back from near-extinction. Slugger and Sapphire were the flagship iguanas of the programme.

Yellow-Blue’s hatchlings will join about 30 free-roaming Blue iguanas in the park.