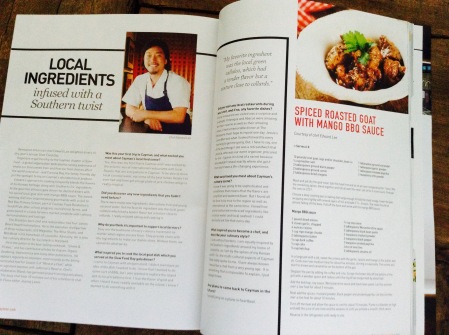 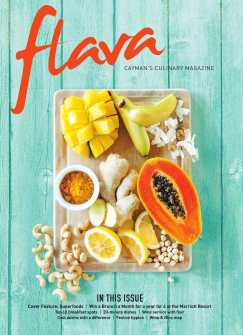 Organized in partnership by the Cayman chapter of Slow Food – a global organization dedicated to raising awareness of where our food comes from and how our food choices affect the world around us – and Camana Bay, the family-friendly day put the spotlight firmly on Cayman’s abundant local produce.

The Brooklyn-born chef and restaurateur has four James Beard Award nominations. He is the executive chef/partner of three restaurants; 610 Magnolia; The Wine Studio; and MilkWood in his hometown of Louisville, Kentucky. He is also the culinary director for Succotash in Maryland.

He is the author of the best-selling cookbook, “Smoke & Pickles,” and has contributed articles for Esquire, Organic Gardening, Gastronomica and many other publications.  He appears regularly on television, most recently as the Emmy-nominated host for Season 3 of “Mind of a Chef,” while his signature bourbon with Jefferson’s Reserve, Chef’s Collaboration Blend, has garnered praise from top publications.

The busy chef took 10 minutes out of his schedule to chat with Flava editor Joanna Lewis.

Was this your first trip to Cayman, and what excited you most about Cayman’s local food scene?

Yes, this was my first trip to Cayman and I was excited by the eclectic mix of international restaurants with local flavors that are everywhere in Cayman. To be able to drink local coconut water, eat some of the best Italian Gelato I’ve ever had and then get a huge plate of jerk chicken wings is really magical.

Did you discover any new ingredients that you hadn’t used before?

There were many new ingredients like cashew fruit and young coconut water, but my favorite ingredient was the local green callaloo which had a tender flavor but a texture close to collards. I really enjoyed eating and cooking it.

Why do you think it’s important to support local farmers?

They are the backbone of every culinary movement no matter what region you are from. They provide chefs with the ingredients to make our dishes shine. Without them, we cannot do what we do.

What inspired you to cook the local goat dish which you served at the Slow Food Day gala dinner?

Did you visit any local restaurants during your visit, and if so, any favorite dishes?

Every restaurant we visited was a surprise and a delight. Ortanique and Abacus were amazing for their cuisine as well as their amazing views. I had a memorable dinner at The Brasserie that I hope to repeat one day. Jessie’s Juice Bar was what I looked forward to every morning to get me going. But, I have to say, one of the best things I ate was a roti sandwich that Jessica, who was our event organizer, procured for me – I guess it is kind of a secret because she wouldn’t reveal exactly where she got it from but it was a life-changing experience.

What surprised you most about Cayman’s culinary scene?

I knew it was going to be sophisticated and sometimes that means that the flavors are simplified and watered down. But I found all the food to be true to the region as well as international at the same time. I loved how every restaurant embraced ingredients like coconut water and local seafood. I could seriously eat like that every day.

What inspired you to become a chef, and describe your culinary style?

I cook without borders. I am equally inspired by the Southern ingredients around my home of Louisville, as I am by the spices of my Korean youth. So, the multi-cultural aspects of Cayman food really spoke to me. I have always known I would be a chef from a very young age.  It is something that is impossible to explain, I just always knew.

Any plans to come back to Cayman in the future?

I would jump on a plane in a heartbeat.