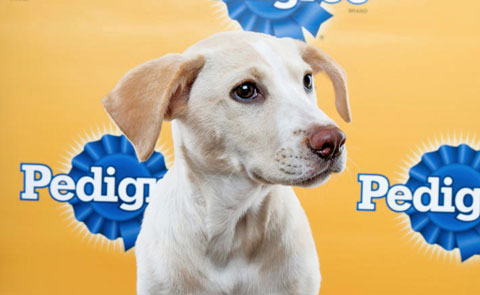 Bailey, one of Cayman’s rescue dogs, found fame last weekend when the puppy was featured on “Puppy Bowl XI” a television program which mimics the annual “Super Bowl.”

The program, which aired Feb. 1 on TV channel Animal Planet, showcases a host of rescue shelter puppies at play inside a model stadium, with commentary on their actions. First aired in 2005, the show also includes the “Kitty Halftime Show,” featuring rescued kittens.

Bailey was found as a stray and surrendered to the care of rescue group Canine Friends. She was then flown from Cayman to the group’s rescue partner, Pets Alive, in Westchester, New York, on Sept. 14 last year.

Pets Alive accepts on average about 10 to 25 dogs a month from the Cayman Islands, working to find them homes shortly after their arrival.

Jennifer Angelucci, shelter manager at Pets Alive, said the show’s producers email them each year searching for puppies to star in “Puppy Bowl.”

“We sent them about 15 pictures of puppies we had in our care, including Bailey,” she said. “They specifically wanted a lab type, who was playful and really cute. Bailey was the perfect match!”

Shortly before being chosen by producers for the show, Bailey was adopted by a couple from Elmsford, New York.

Tracey Goldie of Canine Friends said it is exciting to see a Cayman rescue dog thriving.

“We call all of our rescues ‘Cayman Coconuts,’ and there are so many now living in the USA,” said Goldie. “Since we set up in October 2012, we have to date sent 398 Cayman Coconuts overseas for adoption with the help of the great folks at Cayman Airways Limited.”