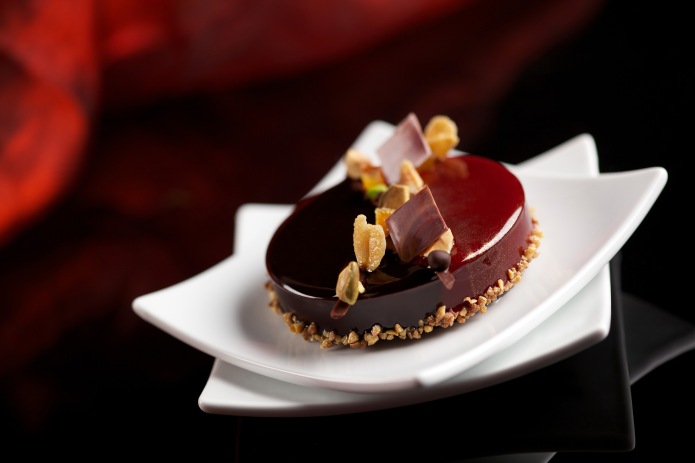 The man behind these decadent sweet treats is Norman Love, and he’s heading to Cayman for the highly anticipated epicurean festival, Cayman Cookout, where he will be joining the best of the best of the culinary world, including host Eric Ripert, Anthony Bourdain and José Andres, January, 2015. On Norman’s agenda is a cooking class, as well as a showcase of his handcrafted chocolates and truffles at the Barefoot BBQ and Gala Dinner.

One of the world’s leading pastry chefs and chocolatiers, Norman left his coveted position as The Ritz-Carlton’s corporate executive pastry chef to establish Norman Love Confections in Fort Myers, Florida, in 2001.

Since then, his celebrity status has sky rocketed. He has worked with noted chefs including Julia Childs and Wolfgang Puck, developed lines for Godiva, has been featured on the Food Network and the Discovery Channel’s Great Chefs series, and led the U.S. team to a bronze medal in the biennial Coupe du Monde de la patisserie competition (the ‘World Cup’ of pastry) in Lyon, France. In 2009, Norman received the honor of being named one of the “Top 10 Chocolatiers in North America” by Dessert Magazine. His chocolates have also been featured in USA Today, The Today Show, Robb Report, InStyle, Martha Stewart Living and O, The OprahMagazine. He is also a contributing author to four culinary books, including Baking with Julia, and is currently putting the finishing touches to his first cook book. His full list of accolades is too long to print in this article, but you get the picture. Norman makes fantastic, mouthwateringly good chocolates.

Like many great chefs, Norman’s fascination with food began during his childhood in Philadelphia, U.S., where he spent long hours in the kitchen with his mother and grandmother.

“I always had a desire to create art and could relate art with food,” Norman says. “Of course, my favorite ingredient was chocolate.”

Unlike today, Norman says that when he was training, pastry schools were few and far between.

“When I started my career, I found that my educational opportunities were extremely limited,” he says. “I found it necessary to go to Europe when seeking a mentor.”

His hard work paid off. After learning the craft of pastry making in France, Norman worked his way up the culinary ladder, eventually serving as executive pastry chef for luxury resorts, including The Beverly Hills Hotel in Los Angeles and The Ritz-Carlton, in St. Louis and Naples, where he rose to corporate executive pastry chef, overseeing 30 pastry kitchens around the world. Indeed, it was the chef’s stellar 13-year career with The Ritz-Carlton that resulted in the chocolatier’s participation in this year’s Cayman Cookout, thanks to his friendship with Frederic Morineau, executive chef at The Ritz-Carlton, Grand Cayman.

Despite his coveted position, Norman decided he wanted a job that would allow him to be at home more with his wife and children. With a passion for chocolates from a young age, Norman decided to open his own business where he could focus his attention doing what he loved most – making beautiful chocolates.

Norman uses only the very finest ingredients to create his edible works of art. His philosophy is simple: “Never compromise on the product. Provide the highest level of customer service, integrity and quality product. Go to work to be better today than yesterday and with a purpose to be as good as you can be.”

It is no doubt Norman’s hard working philosophy of innovation, excellence and quality that has seen his success sky rocket. Today his chocolate shop churns out more than 50,000 handmade chocolates daily.

Pressed on the latest trend, Norman says that the number of bean-to-bar producers in the chocolate industry is increasing. “Many artisan producers are purchasing single origin chocolate, cocoa beans from one region, and some, including Norman Love Confections, are supporting sustainable socially and environmentally responsible cacao farms,” he says. “We are also witnessing the growing popularity of dark chocolate which is partially fueled by some reported health benefits.”

In response to this growing trend he launched Norman Love Confections BLACK, an ultra-premium line of intensely dark chocolates featuring rich single-origin chocolates from five of the finest growing regions in the world. These sinfully good treats sit alongside Norman’s line of more than 30 dark, milk and white chocolates, artisan desserts and his recently introduced artisan gelatos. With tantalizing names like Florida Orange, Mint Chocolate Chip, Tropical Cream, Peanut Butter Banana, Tahitian Caramel and Passion Panna Cotta, no doubt guests at the Cayman Cookout will be making a beeline for Norman’s sweet treats.

But for a festival that prides itself on its “barefoot elegance” and al fresco events, how will Norman’s chocolates stand up to the Caribbean heat?

“We will find ways to be creative with the chocolates we are serving,” Norman says.

No doubt they will taste all the sweeter for it.